Evolutionary biology provides explanations for the natural and remote origins of cooperation, as well as for the cognitive revolution associated with the emergence of the human species and its characterising social organisation. To understand the foundations of this human social organisation, we need to look for the adaptive advantages that social structures may have provided in the history of life, and understand which of these qualities appear to follow genuine biological vectors. Undoubtedly, human cognitive skills have allowed us to go even further and the increase in the complexity of social structures also followed an independent process, based on what would later be called economics and power structures, and initially rooted in a distinctively human trait, cumulative culture. It is now a matter of debate whether the behaviours from the earliest hunter-gatherer settlements to today’s large urban structures are truly biologically rooted. Building on the evolutionary basis of cooperation, this monograph looks at human social structures, from the most ancient and simple to the most complex of modern societies.

Full Professor of Biochemistry and Molecular Biology at the University of Valencia (Spain), member of the Biological Sciences department of the Institute for Catalan Studies, and founding partner of Darwin Bioprospecting Excellence SL (Science Park of the University of Valencia). He explains metabolism to biotechnology students and, as a member of the Biotechnology and Synthetic Biology lab, his research interests include bioprospecting, metabolic modelling, and the history of ideas about the natural origin and artificial synthesis of life.

Full Professor of Anthropology at the Faculty of Health and Life Sciences of the Pompeu Fabra University (UPF) in Barcelona (Spain) and member of the Biological Sciences section of the Institute for Catalan Studies. He specialises in human population genetics and has studied the variation in the human genome and how this information can allow us to reconstruct the origin and history of populations. He also works on molecular evolution and comparative genomics. 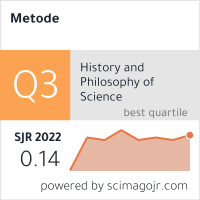